Listen now to the new album Watch the trailer here. 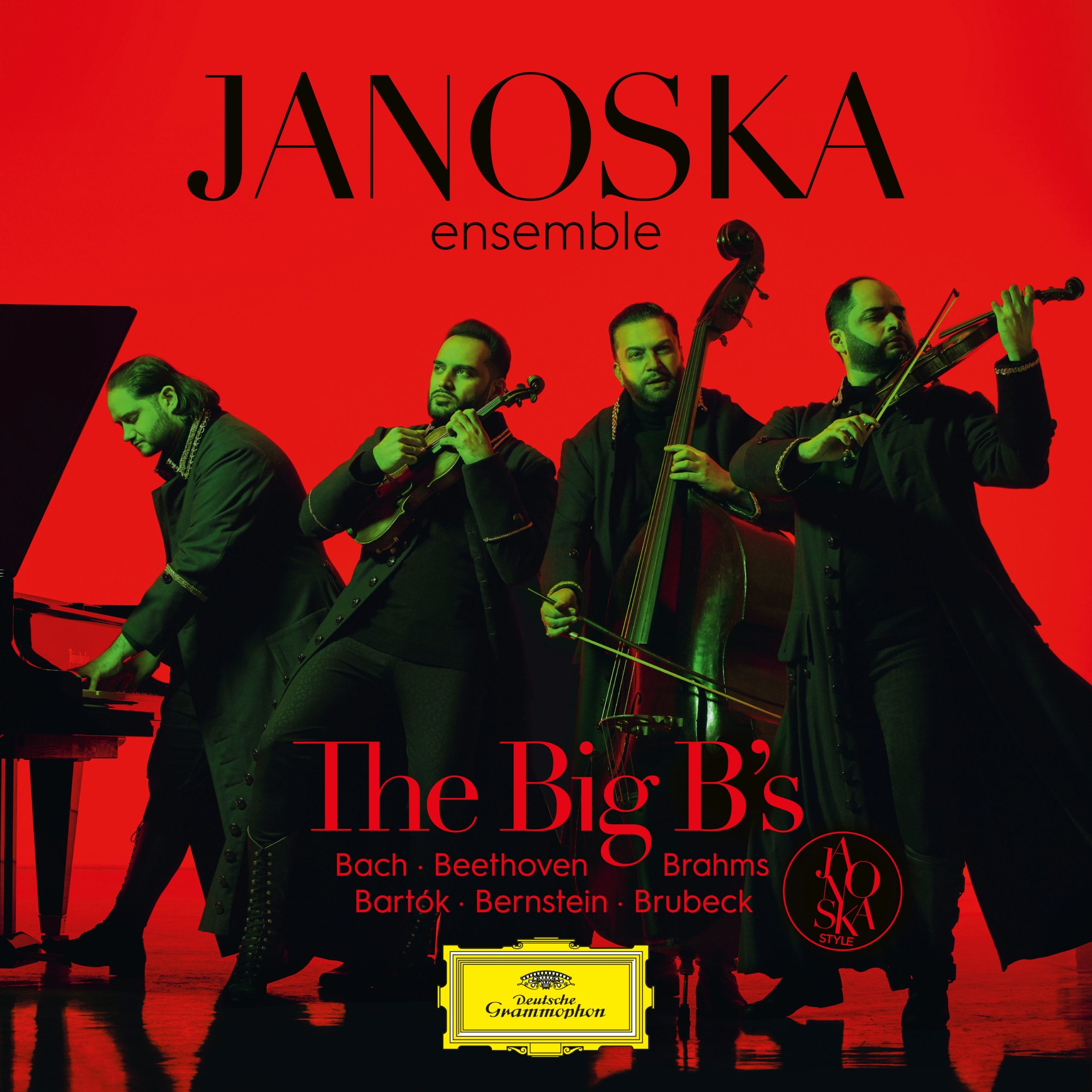 Up to the time of Johannes Brahms, improvisation – in other words, a spontaneous performance without preparation – was an indisputable trademark of the great masters. Today, this discipline is almost forgotten: While making music spontaneously used to be a skill that every outstanding musician had to master, today the required precision of the everyday concert life displaces this skill – possibly also due to a lack of courage.

Great improvisers of the “classical period” were, among others, Bach, Beethoven, Brahms: all of them “patron saints” and idols of the Janoska Ensemble. Here began the search for other composers with the letter “B” to match – and they were quickly found: Bernstein, Bartók, Brubeck. And so the idea was born to present on one album the music of those composers who were true masters of the discipline of improvisation: The Big B’s.

The four musicians of the Janoska Ensemble perform a magnificent program that showcases the high art of improvisation in virtuoso perfection. The exceptional skills of the performers merge with the original composition to create a new, unprecedented synergy between the original and a modern improvisation.

From Bach the Janoska Ensemble has chosen the incredibly beautiful Double Concerto for 2 violins and present here – probably for the first time since the Menuhin & Grapelli summit – a “Jazz meets Classic” version. This is a true world premiere!
And another world premiere: all 9 symphonies by Ludwig van Beethoven on one album. But how is that possible? With a simple trick: we compiled all the symphonies into a nine-minute medley which contains the respective main themes of Beethoven’s Symphonies 1 to 9. In other words: “9 Symphonies in 9 Minutes” (and the Ensemble is precise to the second!).
Thus, they transport Beethoven’s timeless oeuvre into the present – and thereby bring it closer to today’s audience, while still retaining their personal “Janoska Style”.

A special concern for the Janoska Ensemble is the music of Bela Bartók. His music is at the same time their own musical roots and it was obvious that the Ensemble let their own improvisations flow into the Romanian folk dances here: Entirely in the style as they have been taught to do in their family for generations. And Brahms’ Hungarian Dance fits in very well: in it, you can also hear the “musical upbringing”, their roots…
And then Bernstein’s brilliant overture “Candide”: a big challenge, because this masterful work was written for a symphonic orchestra with a large percussion group, woodwinds, strings and brass section. The Janoska Ensemble worked especially long and hard on this piece to adapt it for the ensemble. And to quote Frantisek, “we tried to bring in new colors and come up with suitable effects…”
Jazz has a very special place in the repertoire of the ensemble: Dave Brubeck’s “Blue Rondo à la Turk” inspired us – Roman tells – a lot and we managed to create a great new version of this “jazz classic”…

Of course, this album should not be missing pieces from the laboratory of the Janoska composition workshop itself: Roman’s “¡Buenos días, Marco!”, Ondrej’s “Bagatelle pour Va-Le”, František’s “Bellissima Naomi” or a tribute to Beethoven’s probably most famous theme “Für Elise” – all, of course, in the so-called “Janoska Style”.

The “Janoska Style” is an exciting new musical vision, a joint creation by the composer and the performers: a mixture of classical music, jazz, pop and other style elements.

The four members of the Janoska Ensemble completely fulfill all the criteria of the “Janoska Style”: A solid classical education, decades of playing practice from childhood on, their drawing from a deeply rooted musical tradition, the highest level of technical perfection and a deep joy of playing and performing, including the art of free improvisation. All this makes the ensemble more than the sum of its parts, rather it is a perfectly well-balanced musical family of sorts.

The man on the double bass, Julius Darvas, doubles as the program’s MC. He describes the “Janoska effect”, as he calls the interaction during a concert, as follows: “The mood of the audience has a direct effect on our enthusiasm for playing, especially when it comes to improvisation: We give – we receive – we give more – we receive more … and it goes on and on. Then the energy begins to circulate properly in the concert hall!” 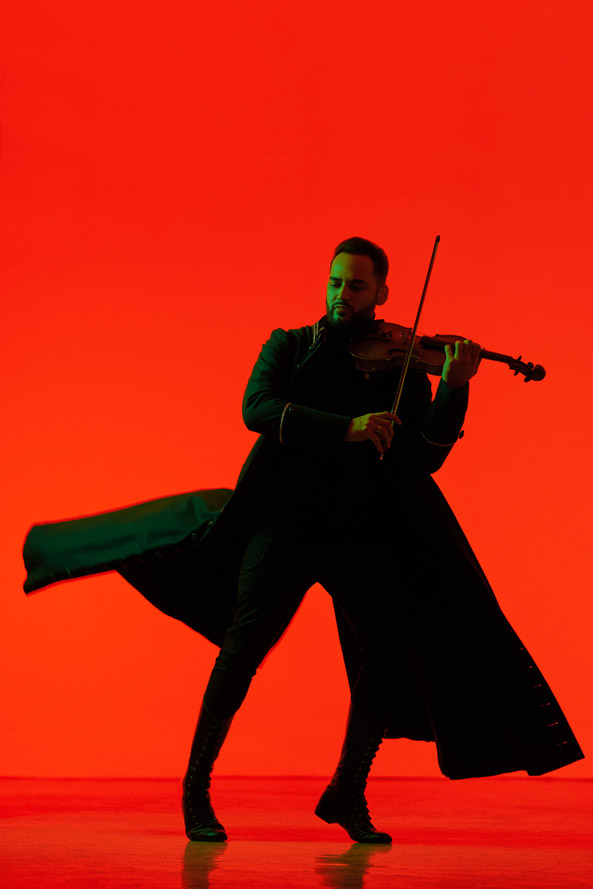 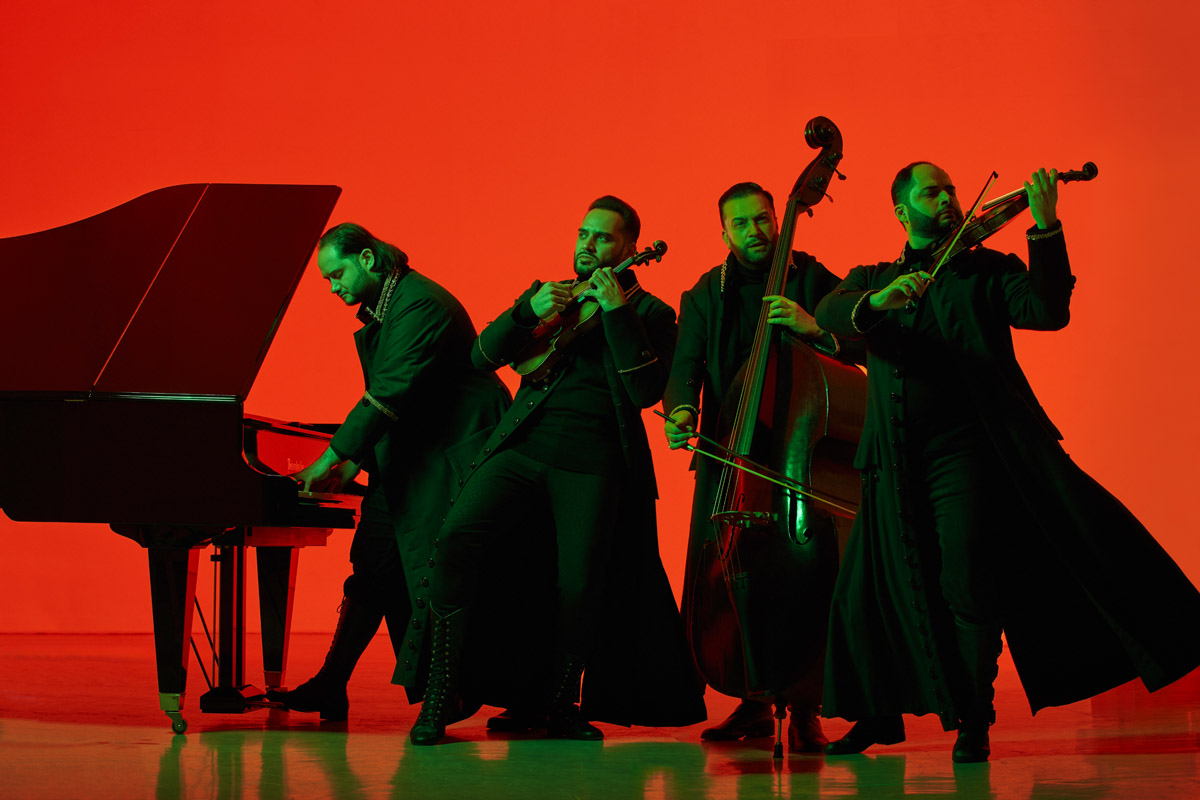